In April BEVs were the fastest-selling powertrain type in Europe at 6.8x whereas just 12 months ago they were the slowest at 3.7x.

This is a dramatic change from the start of 2022 when used BEVs were consistently the slowest-selling fuel type and shows the speed of acceptance of electric power within the used market after a slow start in previous years. With supply now fully exceeding demand, dealer stock of used BEVs was 38% lower than in April compared with March.

As supply tightens, BEV used prices are reversing the negative trend they have had for the last 4-5 years with a Europe-wide rise of 9.3 percentage points for used cars since the end of 2021.

Andy Shields, INDICATA’s global business unit director said: “April 2022 could be the major sea change in the acceptance of electric used cars across Europe. Last year we had seen excess BEV supply as OEMs over forced the market to reduce their CAFÉ liabilities.

“With retail buyers now seeing €50+ increases in filling a tank of fuel in an ICE vehicle they are swapping to BEVS. Long lead times on new BEVs and an ever-growing confidence in range and charging infrastructure means the used BEV market is now being sucked dry.” 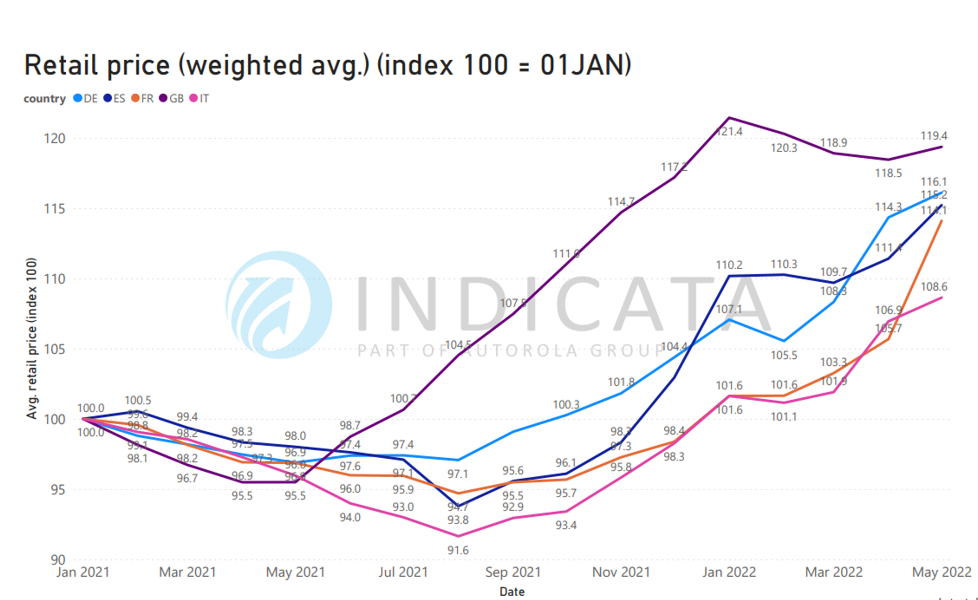